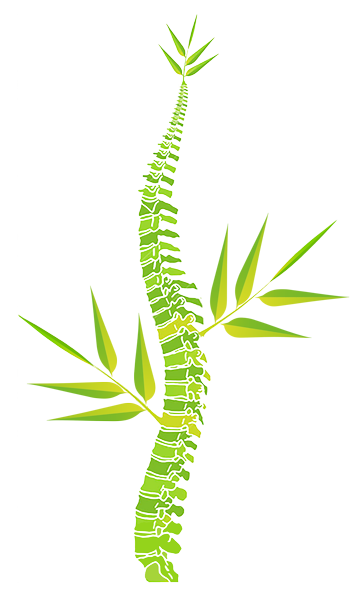 Spondyloarthropathies are a family of long-term (chronic) diseases of joints. These diseases may occur in children (juvenile spondyloarthropathies) or/and in adults. Spondyloarthritis is a type of arthritis that attacks the spine and, in some people, the joints of the arms and legs. It can also involve various organs, most frequently the skin, intestines and eyes. The main symptom in majority of patients is low back pain. This occurs most often in axial spondyloarthritis.

Spondyloarthropathies are sometimes called spondyloarthritis, they include:

In some cases, in the initial stage of disease particularly, it is difficult to establish diagnosis, however clinical features argument for spondyloarthropaty. "Unclassified" spondyloarthropaty is diagnosed is such case until it is clarified. The various organs, besides joints, are frequently affected in all spondyloarthropaties, e.g. choroid inflammation (choroid is vascular layer of the eye).

Reactive arthritis (ReA), formerly termed Reiter syndrome, is an autoimmune condition that develops in response to an infection. It has been associated with gastrointestinal (GI) infections with Shigella, Salmonella, Campylobacter, and other organisms, as well as with genitourinary (GU) infections (especially with Chlamydia trachomatis).

Juvenile ankylosing spondylitis is a type of arthritis. It affects children in the spine and the places where the muscles, tendons, and ligaments are attached to bone. Ankylosing means stiff or rigid. Spondyl means spine. Itis refers to inflammation. JAS affects boys and men more than girls and women. It usually happens between the ages of 17 and 35. JAS is a long-term (chronic) condition. Some people will have periods of time in which the disease is not active or mild (remission). Others will have more symptoms ongoing.

Psoriatic arthritis is a form of arthritis that affects approx. 20 - 30 % people who have psoriasis – a condition that features red patches of skin topped with silvery scales. Most people develop psoriasis first and are later diagnosed with psoriatic arthritis, but the joint problems can sometimes begin before skin lesions appear. The illness usually starts between 30 and 50 year of age, however kids may be also affacted.

Joint pain, stiffness and swelling are the main symptoms of psoriatic arthritis. They can affect any part of your body, including your fingertips and spine, and can range from relatively mild to severe. In both psoriasis and psoriatic arthritis, disease flares may alternate with periods of remission.

Useful links for the UK patients

Here you may find some more links to read about ankylosing spondylitis:

Please notice! Ankylosing spondylitis is very important medical issue and hereinafter we have presented some general information about this subject. We have given also several web links where the readers may get more profound information.

Ankylosing Spondylitis (AS) – synonims: Bechterew disease, Marie-Strümpll disease, lat. spondylitis ankylopoetica, spondyloarthritis ankylopoetica – is a chronic form of arthritis that primarily affects the spine, although other joints may become involved. Ankylosing spondylitis has autoimmune background and belongs to the seronegative spondyloarthropaties. It causes inflammation of the spinal joints (vertebrae) that may produce severe, chronic pain and discomfort, and can lead to disability.

It is important to note that the course of ankylosing spondylitis (AS) varies greatly from person to person. So too can the onset of symptoms. Although symptoms usually start to appear in late adolescence or early adulthood (ages 17 to 45). However, symptoms can occur in children or much later in life. Men are more often affected (2 - 3 times). Estimates of the prevalence of AS vary but it is likely that the prevalence in the UK adult population is approximately 0.2% (according to Mouyis M, Keat A, ankylosing spondylitis GM, 42, December, 2012). Men predominate, but with a sex ratio of 3:1, it is not the much higher ratio that was once thought to apply. Thus a Trust serving 500,000 adults should expect that 1000 people with AS live within the area. To this must be added others with related forms of spondyloarthritis and an unknown number of undiagnosed cases. The beginning of illness is not or hardly noticed usually. Following symptoms may be observed in the early phase of ankylosing spondylitis:

As the illness progress another symptoms may appear. The most common joint symptoms are: pain in lower back and/or buttocks region, symmetric usually, aggravating during night time, diminishing after physical exercise (activity) and increasing after immobilisation.

Pain in the chest while deep breathing (pain is radiating from the spine along the ribs, mobility reduction and afterwards immobilisation of neck segment of the spinal column, gradually progressive pain symptoms in another segments of spinal column (involving the whole spine).

Proximal joints are affected (in approx. 25% of cases), typically large joints and more rarely small ones. Pain in heels (approx. 40 % of cases), pain and swollenness in sternoclavicular joints, pain and stiffness in ribs’ regions.

Serum and plasma biomarkers have been examined extensively in assessing disease activity, treatment response, and as predictors or radiographic severity. We have presented ptential biomarkers for AS in the table below. Some markers, like e.g. CRP, ESR are very well known and used for years to monitor activity of inflammatory process. Some other biomarkers are new and still under evaluation.

HLA-B27 testing plays a role in the diagnosis of spondyloarthropaties. HLA – Human Leukocyte Antigen B27 is a protein located on the surface of your white blood cells. An HLA-B27 test is a blood test that identifies HLA-B27 proteins. Test is sensitive, however not highly specific. The presence of HLA-B27 is associated with certain autoimmune and immune-mediated diseases, including: (1) ankylosing spondylitis, (2) reactive arthritis, (3) juvenile rheumatoid arthritis, (4) anterior uveitis.

Ankylosing spondylitis has significant impact on all aspects of patient's life. Active disease has been correlated with reduced quality of life and work disability, and progressive syndesmophyte formation can result in greatly reduced functional status. The goal of both non-pharmacologic and pharmacologic therapy is to halt disease progression as determined by clinical symptoms, radiographic disease, and serologic inflammatory markers. Treatment of ankylosing spondylitis is a complex and interdisciplinary issue and has to be managed by experienced rheumatologist.

Physical therapy is an essential part in the treatment of AS. It aims to alleviate pain, increase spinal mobility and functional capacity, reduce morning stiffness, correct postural deformities, increase mobility and improve the psychosocial status of the patients. Treatment of ankylosing spondylitis is a complex and interdisciplinary issue and has to be managed by experienced rheumatologist.

The Global Postural Reeducation method has shown promising short- and long-term results and includes specific strengthening and flexibility exercises. A global and functional approach is more efficient than localised exercises in AS patients. Multiple systematic reviews and studies have shown that exercise can improve pain, physical function, spinal mobility, and patient global assessment. In addition, supervised physical therapy with individual or group exercise is better than home exercise in improving functional status.

Patient education and counseling about abstinence and smoking cessation are also key non-pharmacologic interventions for AS because cigarette smoking has been shown to be an independent risk factor for radiographic progression.