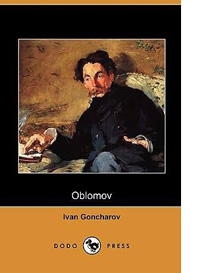 Famous Russian writter of XIX century Ivan Aleksandrovitch Goncharov issued a novel under title Oblomov in 1859. Ilya Ilyitch Oblomov is the central character of this novel, portrayed as the ultimate incarnation of the superfluous man, a symbolic character in 19th-century Russian literature.

Oblomov is a young, generous nobleman who seems incapable of making important decisions or undertaking any significant actions. He is always very tired so throughout the novel he rarely leaves his room or bed. In the first 50 pages, he manages only to move from his bed to a chair.

Oblomov is criticized by his milieu for his pathologic idleness and laziness that he cannot overcome, his life deteriorated and he slides down abandoned by all and dies in loneliness at the end.

Many persons may recognize in others people similar symptoms that affected Oblomov and what was called oblomovshchina or Oblomov syndrome from his name. We probably would recognize or diagnose a form of severe chronic fatigue syndrome (CFS), today.

Chronic fatigue syndrome (CFS), also referred to as myalgic encephalomyelitis (ME), is a debilitating medical condition characterized by profound fatigue that lasts 6 months or longer, is not improved by bed rest, and may be worsened by physical or mental activity. Persons with CFS most often function at a substantially lower level of activity than they were capable of before the onset of the illness. In addition to these key defining characteristics, patients report various nonspecific symptoms, including weakness, muscle pain, impaired memory and/or mental concentration, insomnia, and postexertional fatigue lasting more than 24 hours. In some cases, CFS can persist for years.

The cause of CFS still remains unknown. Scientists suppose that immunological factors may lay in the background. The factors related/connected to the human immune system and thus allergy or infection. Some patients just before CFS appeared had history of flu-like infection. The chronic fatigue syndrome could be induced by severe infectious mononucleosis or Epstein-Barr virus infection* (EBV) that becomes active after its symptomless course.

Some scientists also rise up lactic acid metabolism disorder in muscles and chronic RNA enterovirus infection and some nutrients deficiency as a possible cause of CFS. However the lactic acid findings may have been viewed as a consequence and not a cause. The opposite may be more accurate. 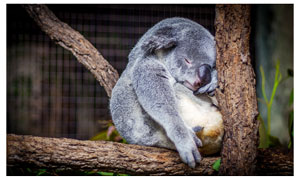 The lack of a standardized definition for Chronic Fatigue Syndrome (CFS) means its prevalence is difficult to estimate. Overall, evidence suggests a prevalence of about 0.25% to 0.40% which represents about 40 people in every 10,000 visiting a general practice. Epidemiological data for the UK is lacking but estimates based on data from other countries suggest there may be around 4000 cases of CFS per million people.

The Centres for Disease Control and Prevention (CDC) states that individuals of any age, ethnicity or gender can develop CFS but the condition is more common in men than women, in people aged 40 to 60 years and in adults as opposed to children or adolescents. People with a family member who has had the condition are also more likely to develop CFS.

*Epstein-Barr virus (EBV) also called human herpesvirus 4 (HHV-4), is one of eight known human herpesvirus types in the herpes family, and is one of the most common viruses in humans. It is best known as the cause of infectious mononucleosis ("mono" or glandular fever). It is also associated with particular forms of cancer, such as Hodgkin's lymphoma, Burkitt's lymphoma, gastric cancer, nasopharyngeal carcinoma, and conditions associated with human immunodeficiency virus (HIV), such as hairy leukoplakia and central nervous system lymphomas. There is evidence that infection with EBV is associated with a higher risk of certain autoimmune diseases, especially dermatomyositis, systemic lupus erythematosus, rheumatoid arthritis, Sjögren's syndrome, and multiple sclerosis. Some 200,000 cancer cases per year are thought to be attributable to EBV.

The main symptom of CFS is chronic tiredness for at least 6 months, constant or recurrent, and both physical and mental, and with intensity to that degree that is dominating over all other symptoms. Moreover, this feeling does not disappear after rest and considerably affects professional and private patient activity. The chronic fatigue symptoms may also include: 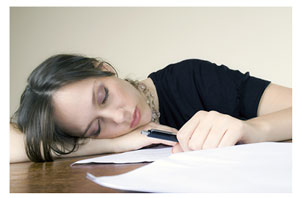 There is no laboratory test that can give a definitive diagnosis of CFS, and there are no physical signs that specifically identify CFS.

Because the underlying cause of CFS remains unclear there is not causal treatment. Therefore the treatment for CFS/ME aims to help relieve your symptoms and improve quality of life.

Due to the complex nature of CFS/ME and multiple and diversified character of symptoms multidirectional treatment is recommended that should take into consideration: education, psychotherapy, physiotherapy, pharmacotherapy, pain therapy and even hypnosis.

It is important to define/find out what kind of body malfunction is a direct cause of problem. Very often it is chronic sleep disorder and it is important to provide sufficient amount of sound sleep. It could be useful Myalgan – dietary supplement providing i.a. l-tryptofan that regulates melatonin metabolism – neurohormone that is responsible for circadian rhythm (wake – sleep) and serotonin – another neurohormone that regulates many processes in the CNS and that is also responsible of mood regulation.

If there are nutritional deficiencies it is important to replenish them. Relief could provide vitamins (B group particularly), minerals (magnesium, iron) and some plants/herbs (ginseng, ginko biloba, ginger). It is also important that patient keeps his/her own physical activity and go regularly for light physical exercise.